Janine Ewen, a member of the GLEPHA Gender Special Interest Group, is a Public Health professional committed to supporting marginalised communities on a local, national and international level. Brought up in the North East of Scotland, she supported several community-led projects and local charities that help women, young people and children, including Grampian Women’s Aid.

Janine has a number of qualifications including a BSc (Hons) and an MSc. She recently completed additional study of Criminology for which she received a Distinction. Her main areas of expertise and interest include violence against women, the sex industry, organised crime, feminist criminology and helping young people have more of a voice in public debates.

Her interest in policing started as a child with direct experience of the Police Service Northern Ireland (PSNI) in relation to domestic abuse. At a young age, Janine moved to Scotland with her mother and brother, and lived for a time in a woman’s refuge.

Janine has supported the Law Enforcement and Public Health Network by presenting at their conferences, developing consultation work on the policing of vulnerable populations, and helping to establish and co-facilitate Scotland’s first gender, safety and harm reduction programme. With a background of working on community health projects, she is currently acting as project support on a health needs assessment for a peer-led charity for sex workers in Grampian. 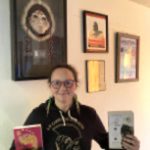 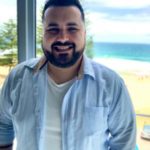