Najja Morris-Frazier is the Director of the Law Enforcement Assisted Diversion (LEAD) Support Bureau and currently leads a U.S. based team of four. Najja and her team are responsible for providing technical assistance, to national and international jurisdictions, who are working to launch LEAD programs in their communities; this includes all phases of implementation from exploratory to launch, operations, sustaining and expansion of their initiatives. Most recently, LEAD has expanded to formally roll out a third pathway into the program called Let Everyone Advance with Dignity. This is a community pathway point of entry that was developed as both a natural progression of the work of the past ten years, as well as a response to calls across U.S communities who advocated to have more involvement in the health and well-being of their own neighborhoods and citizens following the murder of George Floyd. Through the work of the LEAD Support Bureau, there have been over 60 sites in the U.S who have launched LEAD, or aligned, programs as well as a handful in the UK and South Africa who are positioning to do so in the next year.

Prior to joining the LEAD Support Bureau in early 2017, Najja was a Case Manager and Direct Services Supervisor in the LEAD pilot program in Seattle WA. Prior to her work with LEAD, Najja dedicated over 20 years working within urban communities of Seattle on-behalf of a wide array of marginalized and disenfranchised populations who had been deeply harmed by a combination of disparities in education, the criminal legal system, housing, and healthcare systems. Najja worked intensively with African-American youth impacted by the war on drugs, those who were gang involved, homeless, in foster-care, struggling with addiction, and disproportionately impacted by the juvenile justice system. Her experience working with youth, and their families, drove her passion to move further “up-stream” to begin working with the adult population, and ultimately, the LEAD program.

Najja has been a member of the Deflection and Diversion SIG since its inception and has over 20 years of professional experience and expertise in the field; particularly at the intersection of Law Enforcement and Public Health. Her boots-on-the ground, first hand work with populations directly impacted by the outcomes of these two systems, that have historically worked counter to instead of with each other, will bring a clarity and knowledge that will be of great benefit in her role as a GLEPHA board member. Najja has a personal, first-hand understanding of the impact of poor mental health systems and the harms caused when punitive actions are used rather than a compassionate health-care response to stabilize individuals. She’s witnessed how families and communities have been devastated by long-term, generational impacts of this pattern and is clear that now, more than ever, it’s imperative that the relationship between the criminal justice system and public health sector be improved and more closely coordinated to assure better outcomes for those struggling with behavioral health conditions. Najja is excited to become a member of the GLEPHA board and is looking forward to working to further it’s mission. 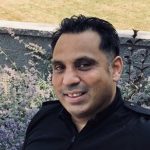 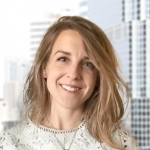