Miriam Aroni Krinsky is the Executive Director of Fair and Just Prosecution, a nonprofit that supports and inter-connects recently elected leaders of prosecutors’ offices committed to new thinking and innovation. She has spent the past few decades working in public service, justice system reform and academia, including 15 years as a federal prosecutor — both in Los Angeles and on a strike force in the Mid-Atlantic region.

In 2012, Miriam served as the Executive Director of Los Angeles County’s Citizens’ Commission on Jail Violence, a high-level Commission appointed to investigate allegations of excessive force by Los Angeles Sheriff’s deputies in L.A. County jails. She has taught at the UCLA School of Public Policy and at Loyola and Southwestern Law Schools, served as a policy consultant on youth violence prevention, juvenile justice, and justice reform issues for The California Endowment and spent five years as the Executive Director of the Children’s Law Center of Los Angeles – a legal services organization representing over 20,000 abused and neglected children.  She also served as President of the Los Angeles County Bar Association, on the Los Angeles City Ethics Commission (serving as Commission President for three years), on the California Judicial Council and California State Bar Board of Trustees (by appointment of the California Supreme Court) and on the American Law Institute Sentencing Project Advisory group and the Principles of Policing Advisory Group. She has testified before national and state legislative bodies, authored over 50 articles, and lectured nationwide on criminal law, law enforcement oversight and reform, juvenile justice, and sentencing issues. 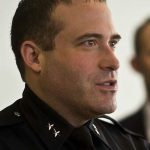 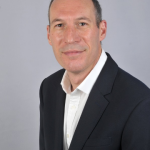