Melissa was a Victoria Police officer for 10 years (2001-2011) working at the frontline and in criminal investigations. Melissa has long term interest in the development of policing in Asia and completed her PhD on policing in Vietnam at the UNSW Law School. She is a consultant to the United Nations Office on Drugs and Crime in relation to gender, policing, border control and transnational crimes in ASEAN.

Melissa has written and delivered a range of international police training packages regarding HIV prevention, harm reduction approaches to drug use and sex work, and police-public health leadership. In 2005, she was the recipient of an award from the Victorian Multicultural Commission while working for Victoria Police, and, was selected as an Asia 21 Young Leader by the Asia Society in 2017.

Melissa completed a Master of Asian Studies at Monash University in 2006 with a focus on the relationship between provincial economic growth in China and capital punishment for economic crimes, and studied Counter-terrorism in ASEAN. She completed a Master of Philosophy in the Faculty of Medicine at Melbourne University in 2013 for examining police culture and police responses to the implementation of drug harm reduction programs in Vietnam.

In 2018-19 Melissa worked as a consultant to the United Nations on Drugs and Crime and UN Women to promote gender equality among law enforcement officers in Thailand, Vietnam, Lao PDR, Cambodia and Myanmar.

Melissa was featured in the Victoria Police ‘Badge and Beyond’ Police Life magazine in Winter 2017 and in a YouTube video by the UNSW Law School in 2019. 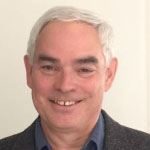 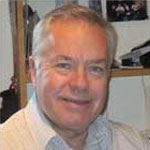