Although policing and public safety should be assured for the whole community, too often the role of police has been suborned to serve and uphold the status quo. This session showcases programs that aim to fulfil the police mandate to protect and serve all members of the community and to protect the human rights and health of minority and marginalized communities. From promoting access to healthcare for sex workers in Mozambique and social protection for sexual minorities in Liberia, to enabling public health approaches to human trafficking in Australia, this session canvasses three inclusive programs where police have adopted new ways of working with focus communities. 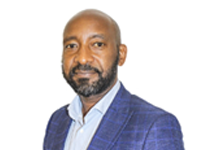 Munya Katumba is a professional project manager with 17 years of experience in managing health related and business development projects and programmes within the private sector and civil society organisations. These range from HIV and AIDS, law enforcement training on human rights and key populations, sexual reproductive health rights, governance, organisational development and business start-ups. Munya is assisting the Centre for Law Enforcement and Public Health in development of a regional law enforcement and public health network in Africa. He is a consultant to Stichting Aidsfonds, a Dutch HIV and AIDS foundation on police collaborations within Southern Africa. He is also leading on the review of the Southern African Regional Police Chiefs Co-operation Organisation (SARPPCCO) HIV and AIDS policy, development of a training programme and its implementation. 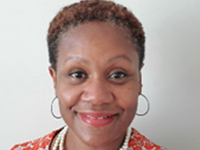 Najja Morris-Frazier is the LEAD (Law Enforcement Assisted Diversion) Support Bureau Director. In her current role, Najja is responsible for leading the team which provides technical assistance and support to jurisdictions through all phases of the implementation of their LEAD initiatives both nationally and internationally. Prior to joining the LEAD National Support Bureau, Najja served as a Case Manager, then as Direct Services Supervisor, with the LEAD Pilot program in Seattle WA for over four years. Before beginning her work with LEAD in 2013, Najja dedicated over 20 years working within the urban areas of Seattle with/on behalf of a wide array of marginalized and disenfranchised communities. 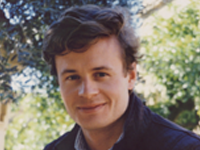 Thomas coordinates the research of an academic and policy initiative based at the University of Pretoria that looks to combine human rights based approaches to justice and accountability for unlawful killings with a public health based approach to violence reduction. A central pillar of the initiative is a doctoral programme (based in the Centre for Human Rights but also involving other Faculties and Departments) that aims to build a community of African scholars with a deep understanding of the potential synergies between these complementary approaches. Meanwhile the programme also aims to provide technical assistance to national and international bodies mandated to prevent or respond to violence. 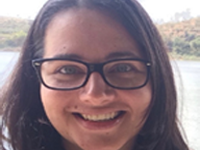 Louise Edwards (B.A. (Arabic), L.L.B, L.L.M (International Law)) and has spent the past 14 years working on police accountability across Africa. As Director of Research and Programmes at the African Policing Civilian Oversight Forum, her focus is technical legal assistance to organs of the African Union, Regional Economic Communities and national entities in the drafting and implementation of legal standards for rights-based policing. This includes leading the drafting of the Guidelines on the Conditions of Arrest, Police Custody and Pre-Trial Detention in Africa (ACHPR, 2014), the Guidelines on the Policing of Assemblies in Africa (ACHPR, 2017), Principles on the Decriminalisation of Petty Offences in Africa (ACHPR, 2017), and the Model Law for Police in Africa (Pan African Parliament). Prior to this, Louise was a lawyer in the Australian private and community sectors. 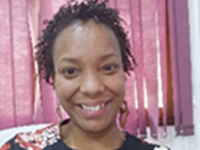 Arminda Zandemela is a Mozambican sociologist and human rights specialist with fourteen years of experience in health, community development, gender, sexual and reproductive health and rights and education programmes, with specific expertise in HIV/AIDS prevention, mitigation, treatment, advocacy, information communication and education projects also strong experience with projects targeting key population, adolescents and young women and other vulnerable groups. She has completed a postgraduate degree in public health. Her experience has grown from working with community-based organizations as a project coordinator to senior management level as a Senior Programme Manager with Pathfinder International. 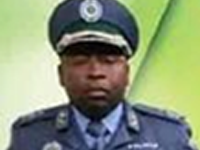 Dr. Borges is Deputy Superintendent of the Police of the Republic of Mozambique. He currently works as a focal point providing police assistance to key populations in the sector that deals with gender-based violence. He holds a degree in police science from the Academy of Police Sciences of Mozambique, a master’s degree and a PhD in Sociology of Violence from the Universidade Estadual Paulista Júlio de Mesquita Filho (UNESP). 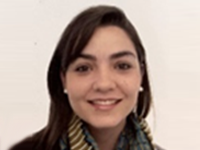 Lina Garcia is the Lead for Trafficking, Forced Marriage and Forced Labour in the Anti-trafficking team of the Australian Red Cross. Lina has over a decade of experience working with human rights and international humanitarian law. She was a legal advisor to the Colombian High Commissioner for Peace during the peace process for organized crime and drug trafficking, and a senior legal advisor for the anti-trafficking team in UNODC where she supported the implementation of an Anti-Trafficking Operational Centre. 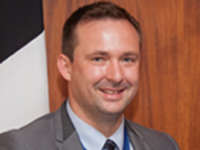 Detective Sergeant Perritt has been a member of the Australian Federal Police since 2008. He has worked across a number of crime types during that time including sexual assault, child abuse, homicide and human trafficking. It was during his time in the Sexual Assault and Child Abuse Team that he first encountered human trafficking. 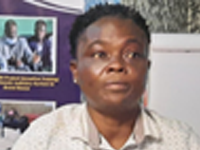 Ms. Jennifer Kewa Henshaw is the Executive Director and Founder of the Lesbian and Gay Association of Liberia (LEGAL) a human rights and democratic based organization that serves as the voice of the LGBTIQ Community and other vulnerable people (sex workers and female drugs users) as well as Co-Founder of Solidarity Sisters Network of Liberia (SoSNoL) also a human rights based organization that comprises of law enforcement officers as the protection arm of the LGBTIQ community in Liberia and West Africa. She has previously worked for the United Nations Mission in Liberia and for ActionAid Liberia, among other organisations. Ms. Henshaw has a university education in political science and mass communications. 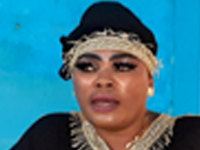 Mengee Potter Kai is the Executive Director of Solidarity Sisters Network of Liberia (SoSNoL), a human rights based organization that comprises of law enforcement officers as the protection arm of the LGBTIQ community in Liberia and West Africa. She is a well-known and trained Female Police Officer of the Liberia National Police who has vast experience in policing and has attended series of UN International police trainings on small arms and peacekeeping in Ghana and Nigeria. She is knowledgeable on the protection of women and children, investigative and report writing, and other has attended other trainings run by the Liberia Police Academy.