The World Health Organization (WHO) estimates that one in three women, and up to a billion children, experience violence during their lifetimes. Violence against children is commonly perpetrated by peers, carers, and strangers, while violence against women is perpetrated by intimate partners. These experiences can have life-long negative impacts, including harm to physical, mental, sexual and reproductive health. This session will explore four efforts to prevent violence against women and girls across different cultural settings: 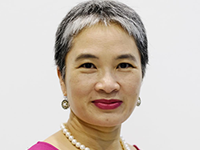 Khuat Thi Hai Oanh is a medical doctor graduated from Hanoi Medical University, with a Master Degree on Sexual and Reproductive Health Research from London School of Hygiene and Tropical Medicine. She co-founded the Institute for Social Development Studies (ISDS) in 2002, and the Center for Support Community Development Initiatives (SCDI) in 2010. Oanh is currently the Executive Director of SCDI whose mission is to contribute to an inclusive society and a sustainable planet through improving life of marginalized populations. In her other capacities, Oanh is the Council Chair of APCASO – an Asia Pacific networks of CSOs working on health and human rights, and a member of WHO’s Strategic and Technical Advisory Group on HIV, Viral Hepatitis and Sexually Transmitted Infections. In 2009, the World Economic Forum honored her as a Young Global Leader. In 2017, she was listed among the 50 Most Influential Vietnamese Women by Forbes Vietnam. 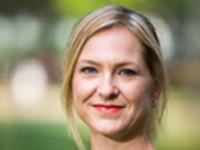 Melissa Jardine is a former Victoria Police officer and has long term interest in the development of policing in Asia. She completed her PhD on policing in Vietnam at the University of New South Wales. She works as a consultant to the United Nations, INTERPOL and other organizations in relation to gender, policing, border control and transnational crimes. Dr Jardine has written and delivered a range of international police training packages regarding HIV prevention, harm reduction approaches to drug use and sex work, and police-public health leadership. She has been an important member of the Centre for Law Enforcement and Public Health (CLEPH) since its inception, and is an Honorary Fellow at the University of Melbourne’s Nossal Institute for Global Health. She is the author of two books: Policing in a Changing Vietnam: Towards a Global Account of Policing. (Routledge, 2022); and, Women, Police and Security: Reforming the Afghan National Police (GLEPHA, 2022). 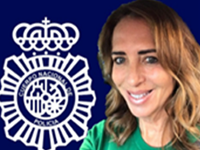 Carmen Pavón is civil servant of the Spanish National Police where she works as a legal advisor in gender-based violence from 2016 at the Central Unit for Assistance to Families and Women. She has a law degree, master in gender and post-graduate in violence against women. She has been working 35 years in the Spanish Public Administration in different assignments, among them: responsibility positions in international police cooperation and in international relationships in drug issues, including the management of two Twinning Projects of the European Commission. In 1992 she was advisor for the security of the Olympic Games of Barcelona´92. She has been awarded with two Crosses of Police Merit (red and white badge). Carmen speaks Spanish, English and Romanian. 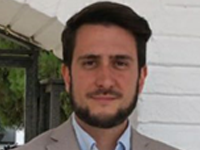 Diego García is the President of the Easy Reading Institute, an organization specialized in cognitive accessibility and corporate social responsibility. He has a Law degree and a Political Science and Administration degree. Master’s degree in Public Innovation and Public Management. Diego has an extensive experience in the development of strategic plans for Public Administrations in terms of cognitive accessibility and its impact on public transparency, administrative simplification and citizen participation. He is a current professor on the Spanish National Federation of Municipalities and Provinces, where he has been giving lectures for civil servants on clear administrative communication and legal design. He has been awarded with a Police Merit Medal from the Spanish Secretary State of Security. 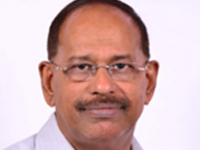 Ramachandran served the Indian Police for 35 years and retired as the Director General of Police. He served in some of the most sensitive states in North Eastern India and has extensive experience in district and state level policing, intelligence, security, counter terrorism and conflict resolution. At the Federal level, he served in the elite Special Protection Group and also as Chairman and CEO of the Port Authority of Cochin.

Ramachandran is the Founder and President of the Indian Police Foundation – India’s premier Independent thinktank on law enforcement, working for improving the professional, ethical and service delivery standards of the police, working across diverse areas including public safety, gender sensitive policing, investigation and prevention of crime and terrorism. 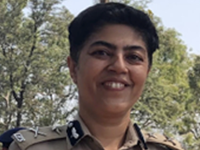 Deepika Suri is a serving Indian Police Service officer with more than two decades of service. She has served in various districts, training academies, battalions and in policy making positions in the Police Headquarters, Madhya Pradesh.  At the federal level, she worked in the Central Bureau of Investigation, the country’s premier investigation agency.

Deepika was instrumental in action against traffickers and rescue and rehabilitation of victims in cases of sexual trafficking. She helped design and ensure impactful roll-out of a state-wide campaign for awareness on women safety issues. She was awarded the TCS- Chevening Cyber Security scholarship in 2015. 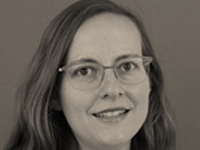 Dr. Catharina Vogt is a psychologist and research associate in the Department of Criminology and Interdisciplinary Crime Prevention at the German Police University in the BMBF-funded project GaTe for research on leaking before intimate homicide. Previously, she led the EU project IMPRODOVA focussing on interagency cooperation in high-risk cases of domestic abuse. She is also an external member of the think tank RespectResearchGroup, which she led from 2014 to 2018. In her research, Dr. Vogt focuses on cooperation and conflict. She studies the impact of respectful leadership, conflict resolution in policing, and client interactions, among other topics. 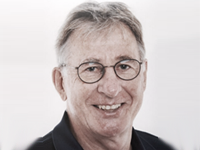 Prof. em. Dr. Joachim Kersten has studied science, history, and political science at the Free University Berlin and McMaster University in Hamilton, Ontario, from where he holds a master’s degree in social science. His doctorate is from the University of Tübingen and a post-doctoral degree from the University of Konstanz. He has published books and journal articles on juvenile prison, youth violence, gendered violence, and police accountability/police and minorities. Joachim Kersten is a Senior Research Professor at the German Police University. He is the coordinator of 2020 programme Improving Frontline Responses to High Impact Domestic Violence (IMPRODOVA). 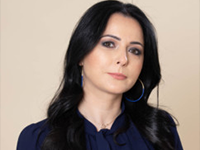 Simona Voicescu is Executive Director of Necuvinte Association, a non-governmental organization founded to fight against discrimination, abuse and domestic violence towards women and children in Romania.