We now know that cross-sector partnerships and collaboration between law enforcement and public health actors are crucial if we are to meaningfully respond to the safety and well-being needs of communities. But we need to know more about how and why these partnerships works in practice so that we are better equipped to design and implement effective programmes in future.

Join us for this panel discussion where we bring together expert discussants and rapporteurs to summarize and reflect on what we have learnt so far from previous sessions in this Marketplace of Ideas event series. Previous sessions showcased a wide range of programmes that explore alternative approaches to public health issues that have traditionally been criminalized or over-policed.

The panel will discuss what these programmes have shown us about the need to bring together all relevant stakeholders into partnership, what challenges they have experienced in doing so, and how they have attempted to overcome them. 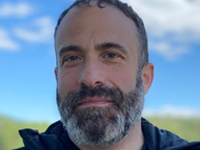 Brandon del Pozo, PhD is Assistant Professor of Medicine and Health Services, Policy & Practice at Brown University, where he conducts NIH-funded research at the intersection of public health, public safety, and justice. Dr. del Pozo served in the New York City Police Department for 19 years, where he started on patrol in Brooklyn, and went on to command two precincts. He also spent four years as Chief of Police of Burlington, Vermont, where he directed the city’s interdisciplinary response to the opioid crisis. He was the 2016 recipient of the Police Executive Research Forum’s Gary Hayes Award for excellence in police leadership, and his writing has been featured in The New York Times, The Washington Post, The Philadelphia Inquirer, and the New York Daily News. Dr. del Pozo’s book, The Police and the State: Security, Social Cooperation, and the Public Good, will be published by Cambridge University Press. 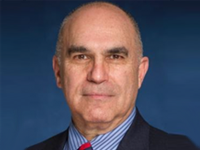 Sheldon Greenburg has spent years working to build the relationship between law enforcement and public health. His perspective is based, in great part, on his service as a police officer and a professor in education and public health. Sheldon has served on numerous boards and commissions and in varied leadership roles that prepared him to contribute to the GLEPHA Board as it moves forward. Among the boards on which he has served are the Forum on Global Violence Prevention, National Academy of Sciences, Federal Law Enforcement Training Accreditation, Road Safety Workforce Development, YMCA, Maryland School for the Deaf, and the Mid Atlantic Emergency Management Center. Sheldon also served in roles as Associate Dean, Division Director, and Department Chair at Johns Hopkins University and as Associate Director of the Police Executive Research Forum. 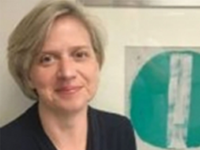 Amy Watson is a professor at Jane Addams College of Social Work at University of Illinois at Chicago. She also holds a courtesy appointment in the Department of Crime Law & Justice. She has worked extensively on issues involving the relationship between the criminal justice system and mental health systems, in Chicago and around the country. Her current research focuses on police encounters with persons with mental illnesses and the Crisis Intervention Team (CIT) model. Dr. Watson has published extensively on this work and presented findings to local, national and international audiences. She is Co-Convener of the GLEPHA Law Enforcement and Mental Health Special Interest Group. 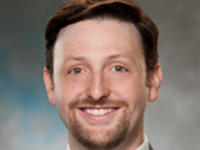 Elliot Pinsly serves as Chief Executive Officer for the Behavioral Health Foundation, a non-profit policy center driving meaningful systems and policy changes that reduce stigma and improve access to voluntary, evidence-based mental health and addiction care. Elliot is a passionate thought leader and award-winning advocate who has been instrumental in developing and expanding crisis walk-in centers, deflection and pre-arrest diversion programming, harm reduction access, and innovative mental health awareness initiatives. Elliot co-chairs and co-founded the Tennessee Diversion Coalition, and co-leads 988 mental health crisis initiatives for the Police, Treatment, and Community Collaborative. Elliot is a Licensed Clinical Social Worker with a master’s degree from Tulane University in New Orleans, Louisiana. In past roles, he provided mental health services as a therapist for military veterans, children, and families. Elliot is Co-Convener of the GLEPHA Special Interest Group on Mental Health. 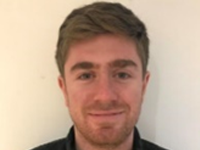 Ben is a PhD candidate in Social Intervention and Policy Evaluation at the University of Oxford. In his doctoral project, Ben is using qualitatively driven ethnographic methods to conduct an international comparison of harm reduction initiatives, across Canada, the US and the UK. He is passionate about producing research that can direct policymakers in their efforts to establish more effective and humane interventions that address both the overdose crisis and the complex health, environmental and socio-economic needs of the often marginalized communities impacted by drug overdoses. Prior to his DPhil studies, Ben worked in the non-profit sector in Canada and the UK, specifically within client-facing homelessness services such as emergency shelters, supervised consumption sites, housing first and outreach settings. 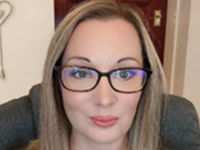 Tracey Price is a qualitative researcher and independent consultant who has research interests in substance use, drug policy and the intersection between law enforcement and public health. Tracey has a background in social care and social work is passionate about amplifying the voices of those with lived and living experience. She owns and operates MyCorZ Research & Training Consultancy and takes on a range of projects, including: proposal development, data collection, analysis, writing and enhancing research impact.

Tracey is a member of Drugs Research Network Scotland and the Scottish Institute for Policing Research, and a member of the Scottish Drug Death Taskforce’s Criminal Justice and Law subgroup. She is a Co-convener and founding member of GLEPHA’s Special Interest Group on Deflection and Diversion. 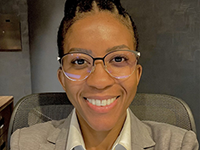 Cierra McDonald is a Research and Evaluation Coordinator working at TASC’s Center for Health and Justice. She is currently working on a National Institute for Drug Abuse Justice Community Opioid Innovation Network initiative that includes Texas Christian University and Loyola University. The purpose of this project is to identify gaps in access to and treatment for Medication for Opioid Use Disorder for pre and post release justice-involved individuals. Cierra is an active member of Police Treatment and Community Collaborative (PTACC), the global voice of the field of deflection, and is the PTACC Strategy Area Advisor for the International Deflection & Diversion Strategy Area. In this role, Cierra works to extend the knowledge of deflection to countries interested in learning about this emerging global approach. 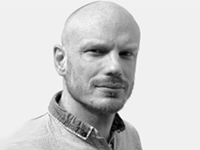 Andrew is a South African policing and crime researcher. Educated at the Universities of Cape Town and Oxford, he currently works as a Senior Researcher in the Justice and Violence Prevention Programme at the Institute for Security Studies where he leads efforts to promote evidence-based policing in the country and supports government efforts to reduce serious violence. He is also an Research Associate with the Centre of Criminology at the University of Cape Town, and a co-convenor of the GLEPHA Special Interest Group on violence prevention. 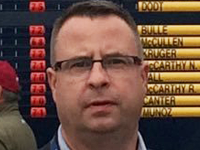 Dan Jones spent 28 years in the Justice system 3 as a Correctional Officer 25 as a Police Officer. He has always seen gaps and looked for solutions to address these gaps. He received his Masters Degree from the University of Cambridge in Applied Criminology and is currently a PhD Candidate at the University of Huddersfield. His area of research is looking at the Victim Offender Overlap and what role trauma plays in incarcerated populations. 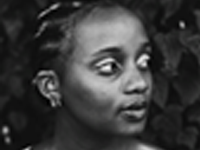 Ayanda Mazibuko is a development practitioner, researcher and creative who currently works in the Justice & Violence Prevention Programme at the Institute of Security Studies. She also co-ordinates the Violence Prevention Forum, which has, since 2015 convened government officials, researchers, non-governmental organisation (NGO) practitioners, development partners and the private sector in a long-term facilitated process that seeks to ensure that evidence-led violence prevention interventions are delivered at scale across South Africa. Ayanda strongly believes in the power of intersectional feminism and solidarity. She is passionate about how art and cultural productions can be used as political and intellectual tools to propel a black queer feminist liberation.